Sarees of the Indian Fashion Scene 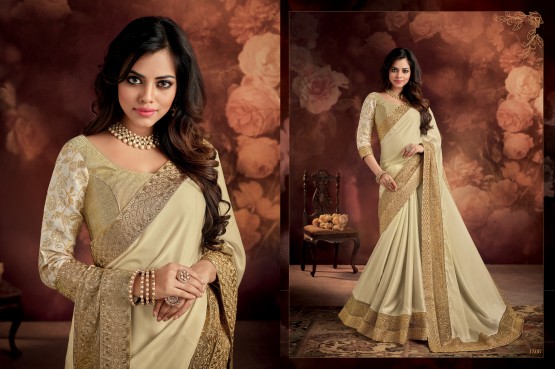 The Sub-continent is a melting pot of different religions, cultural traditions, ethnicities and climatic conditions. Not only is it home to over sixteen percent of the world’s population, it also has a very rich history. Fashion plays a major role in this history and it’s documented as early as 400 B.C when gods bestowed Sarees as gifts. The fashion then mingled with great Greek explorers from as early as the 1st century A.D and later on with other western cultures. This merger has created a new trendy urban chick look yet retaining its subtle Indian heritage.

The Indian sub-continent managed to keep a low profile but has adopted a new feel and style. Urbanization, the Bollywood movie industry and westernization has played a major role in revitalizing the resourceful Indian craftsmanship. Being an area rich in cotton and silk they produce top quality raw materials for garments. This niche has made the Indian sub-continent a major player in the global fashion scene.

Despite these changes nothing has remained a timeless classic constant as much as the Saree. It is also called a Shari, or Sari. It is a women’s garment that dates back as early as 2800 B.C in the Indus valley. It originally was a three part garment. It consisted of an Uttariya which is a veil worn over the head or the shoulders, a Stanapatta which is a chest wrap and an Antriya which was a waist wrap to cover the lower parts of the body. The sari has evolved into a merge of the Antriya and the Uttariya, with the Stanapatta becoming the Choli.

Whether it’s for a casual event, official business or just every day chores, the loose fitting style used in tailoring the saree is very snug. It allows for easy movement while retaining some deep cultural and religious Indian values. There are more than 80 different ways to wear a saree depending on a variety of different factors.

Traditionally the Nivi style of draping was the most common.  This style starts off with an end tucked into the waist band of an inner garment mostly a plain skirt. It is wrapped around the body once then gathered by hand into equal pleats just under the navel and also tucked into the plain skirt. This petal-like effect is both graceful and beautiful.

It is then wrapped once more around the waist and the loose end draped diagonally to cover the torso going over the shoulder. The navel can be revealed or concealed depending on the choice of the wearer. The loose end is commonly referred to as Paluu, although the name changes among the different language. It can be used as a head cover, scarf, left to hang loose or tucked into the waist depending on the festivity. Indian bridal Sarees come with an option of waist chains jewellery.

Glory of the Indian Bridal Sarees

Being an area rich in high quality cotton and silk the raw materials are readily available. In ancient times the rich would wear silk Sarees that were rumored to pass through a finger ring. The poor could only afford the badly woven cotton sarees. Vegetable dyes and some simple printing techniques like block printing or tie dye were used to decorate them. The rich had their sarees decorated with ornaments or floral patterns created using a loom. Nowadays different modern materials like polyester and nylon are used to make them.

Most hand-woven sarees tend to cost more than the machine-made ones. This is a testament to the time and money put into the delicate art of weaving. Saree embroidery is further used to enhance the beauty especially during wedding occasions.

Different parts use different types of embroidery. The Resham method employed the use of colored silk thread to decorate. The use of gold or silver thread in embroidery of sarees is known as Zardoz.

South Indian sarees are quite functional even in modern day settings. Most airlines adorn their stewardesses in them. The combination of both beauty and functionality has made the Saree traverse boarders as it is now being worn by ladies across the globe. Main stream Bollywood actresses are appearing on red carpets dressed in sarees to showcase their heritage. Even foreign international celebrities have joined the wagon by embracing the saree and wearing it proudly to certain events.

New designers who are environmentally conscious are developing new ways of recycling materials used in the manufacture of sarees. They have employed traditional methods as well as re-usable materials in a bid to reduce the carbon foot print. The saree has been, still is and will continue to be a source of pride and ethnicity to the Indian sub-continent. It is a sign of feminine grace with comfort and a history of tradition.